Get More Done – On the Toilet 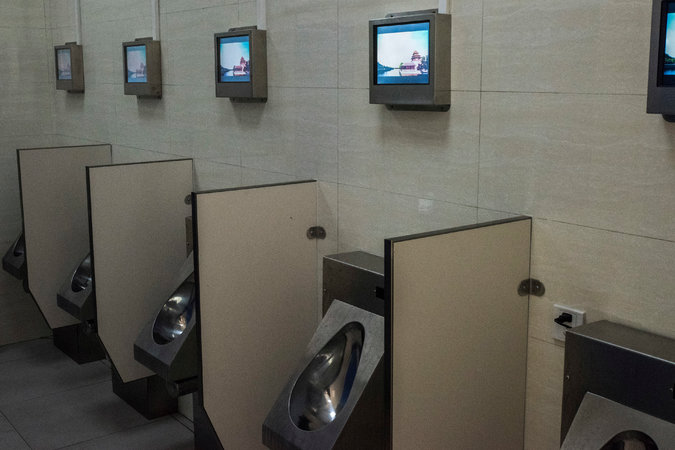 Photo Credit to Gilles Sabrie for The New York Times

A toilet might not seem to have anything to do with sustainability, but it certainly does when it comes to human health and hygiene. Not only do we need a clean place to “do our business,” but what happens to the waste is important as well. The waste must not be allowed to pollute our drinking water or the lakes we swim in. The use of bathrooms can be dated to ancient Greece, where the houses contained a toilet, and also included a tub and wash basin. Public bathrooms were popular during the ancient Roman Empire. In the book Toilets in the Roman World, author Barry Hobson helps people understand how Roman life was essentially a communal affair. It was not just common to take baths together, people also used toilets together.

China is installing a new type of high-tech green toilet in many cities. These public toilets are equipped with Wi-Fi, vending machines, personal TVs, and even an ATM. A recent NYTimes article, “Wi-Fi, A.T.M.s and Turbo-Flush Toilets Highlight China’s New Public Restrooms,” questions the need for these cutting-edge public toilet rooms, suggesting that the government could better spend this money in poorer neighborhoods. China has used squat toilets, concrete pits, and communal toilet paper for centuries, so an upgrade to their “standard” for public toilet design was much needed. If you think about it, all of the modern conveniences available in the new Chinese public bathrooms are similar to the rest stops on the New Jersey Turnpike, where you can get Wi-Fi and a Starbucks latte. But maybe the stalls or urinals should not have personal TV screens because that might create long queues? What is also promising about the restrooms is that the greywater from the sinks is used to flush the toilets and electric-car charging stations are also provided.