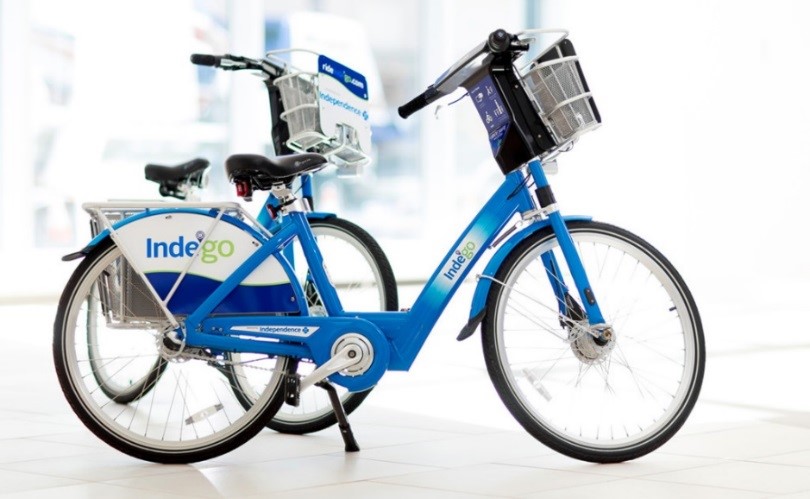 For most people, the word ‘commute’ carries a negative connotation. Traffic jams and mundane hours behind the wheel of a car quickly come to mind.  On the other hand, I rather enjoy my commute because I have the luxury of being able to cycle to work. When I hop on the bike in the morning I am able to get my blood pumping and clear my head before the start of the work day, and in the evening I can hop back on the bike and blow off some steam or decompress before arriving back home.  I do not have to worry about fluctuating fuel costs, maintaining a costly vehicle, or finding time to exercise in my free hours.  What’s more, nowadays you do not even have to worry about maintaining or finding space to store your own bike; in more and more cities you do not have to own a bike anymore to enjoy one.

Earlier this year Philadelphia joined Washington DC, Boston, New York City, and more than 30 other cities across North America in offering this affordable, convenient transportation. Services such as Indego provide customers with an affordable bike share system.  A rider can rent a bike, ride, and return the bike to any station in the bike share system.  Bikesharing programs like Indego also support public transit ridership by partnering with transit stations to provide bike share stations at the same locations, offering more convenient access to public transit for people who may be located farther than a walking distance away from a transit station.  When Indego launched in Philadelphia they partnered with SEPTA to locate the new bike share stations close to select transit stations, enabling more people to make use of the station without having to rely on a car to get there.

This quickly growing trend of making bicycles more accessible and convenient to more people has proffered numerous benefits for city infrastructure, public health, and the environment.  As an increasing number of people choose to make bicycles their primary choice of transport, more cars are removed from the city’s roadway infrastructure during rush hours, in part helping to alleviate roadway congestion, carbon emissions, and increasing the outlook on public health and safety.  Cities recognize these benefits and are actively encouraging and adapting to the increased bicycle ridership by implementing dedicated bicycle lanes and installing bicycle racks.  Cars and bicycles sharing the same roads inevitably cause some contention between the two modes of transit, but as bicycle ridership increases, awareness also increases, making for safer streets for everyone.  Here’s to hoping the trend continues to grow and reach more people throughout the country.