Posted by Suzanne Sowinski on September 14, 2015 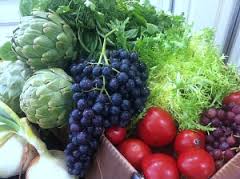 California’s seemingly endless drought is no secret.  The drought continues despite the fact that even with population growth, domestic water usage is now less than it was 25 years ago.  Why?  Because people are making changes in the way they live.  All water is water, whether its rain, well, or water from the ocean.  That includes, storm water, sea water, graywater and blackwater.  The Inland Empire Utilities Agency is even desalinating water from the Pacific Ocean.  I think the people of California should be given an award for the manner in which they have changed their approach to water consumption on a personal level.

This is a stark contrast to the majority of the farming industry. While some farms have transformed their systems to drip irrigation and transformed the mix of what they grow in order to help conserve water, the majority have not.  Most farmers pump water from aquifers under their land.  California is one of the few states that does not regulate how much water a farm can use.  This seems like the missing piece in a puzzle.  The underground water is California’s cushion, or safety blanket, especially given the lack of rainfall the state has experienced over the past 20 years. Of course there is always the sea as a source, but desalination of sea water comes at a high cost.    Why can’t California lawmakers make the farmers accountable for the amount of water they use?  That is a question we should all be asking.  There needs to be a change.  The next thing in the news is that the prices of California fruits and vegetables are going up, if the farmers are going to be limited on how much water they can take from their wells.