Hydrogen Power – Not just for cars, but now trams too! 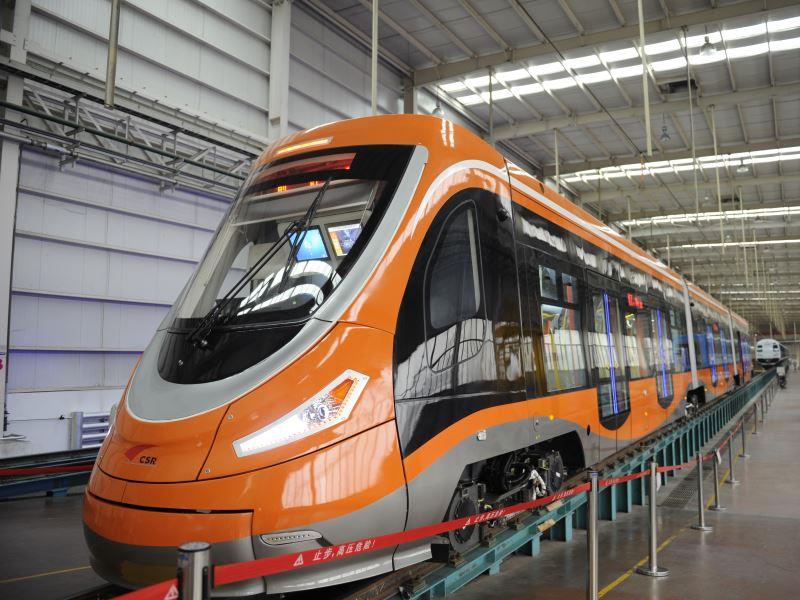 Before we cover vehicles utilizing hydrogen as an alternative and renewable fuel source, let’s take a minute to understand where we find hydrogen and how it is extracted from the natural environment. Hydrogen is a renewable resource (an inert gas) and also the most abundant resource available in the world. However, hydrogen doesn’t exist freely in the natural environment. It exists in water, natural gas, fossil fuels, and all living things and therefore needs to be extracted from these sources before we can begin to use it. Gasification, steam reformation, and electrolysis are the current methods for extracting hydrogen from the natural environment.  Gasification is a process used to extract and capture hydrogen from fossil fuels and biomass. Gasification is not a sustainable form of hydrogen extraction because ends up using the limited nonrenewable fossil fuels available to us and we end up with greenhouse gases as a byproduct of the extraction which are released into the atmosphere. However, there are sustainable processes available for extracting hydrogen from water and natural gas. Hydrogen is extracted from natural gas and methane based gases using a process called steam reformation. Even though steam reformation is a more sustainable form of hydrogen extraction, we still end up with greenhouse gases as a byproduct of the process which is then released into the atmosphere. The most sustainable form of extracting hydrogen from the natural environment (water) is through a process called electrolysis. The benefit of electrolysis is that it has a net zero production of greenhouse gases because oxygen is the only byproduct of the process. The latest development in electrolysis is artificial photosynthesis which seeks to replicate the natural process of photosynthesis used by naturally occurring algae by using solar energy technology. Artificial photosynthesis looks to be a promising development in electrolysis and the sustainable extraction of hydrogen for use as a fuel source for many things, including vehicles.

Alternative fuel sources for vehicles have come a long way since the use of gasoline and diesel. When we primarily think of vehicles utilizing alternative fuel sources, we tend to think about a car. Cars are, after all, our most personal interaction with a vehicle using an alternative fuel source. Most people are familiar with advancements in electric power and biofuels being used in the automotive industry but, hydrogen is also an alternative fuel source being researched for automotive use. BMW and Toyota are both actively researching the use of hydrogen to power their cars. Toyota is the only automotive manufacturer in the world preparing to release a production model hydrogen powered car, the Mirai fuel cell vehicle. There is a great advantage to using hydrogen to power vehicles; the only emissions released from using hydrogen is warm air and water. That’s right, no harmful pollutants are created in the utilization of hydrogen power. However, the use of hydrogen hasn’t been feasible for mainstream use due to the high production costs of the hydrogen utilizing technology and the high costs of creating hydrogen refueling infrastructure. Hopefully, we will see the costs of hydrogen utilizing automotive technology come down and reach vehicles outside of the automotive industry as it becomes more developed. How about the use of alternative fuels in mass transit vehicles? We are most familiar with the use of electric power that is used to run railroad trains, subway trains, and trams. However, a company in China has made a breakthrough in using hydrogen to power a newly developed tram that will be introduced in Foshan, a city in southern China’s Guangdong province. The company, Qingdao Sifang Co, has successfully applied hydrogen fuel utilizing technology into a mass transit vehicle that will release water as its only emissions into the atmosphere. “The tram, the first of its kind in the world, runs on hydrogen power via onboard fuel cells. Refueling takes just three minutes, after which a three-car tram capable of carrying as many as 380 passengers can run for about 62 miles”. (*China’s Hydrogen Powered Future Starts in Trams not Cars)

There are current limitations to using the trams in China due to the lack of tram tracks and infrastructure, but it seems that China is preparing to invest in the infrastructure and technology required to make the hydrogen powered tram a mainstream form of transportation throughout the country.  Even though the hydrogen powered tram is only capable of reaching speeds of 43 miles per hour while typical high speed rail trains are capable of speeds 200+ miles per hour, this is a promising advancement in the future of sustainable local mass transit. Hopefully, we get to see sustainable mass transit technology such as the hydrogen powered tram make its way out of China and into transit systems worldwide.

I encourage those who are interested to read more about the hydrogen powered tram in the article: *China’s Hydrogen Powered Future Starts in Trams not Cars (http://www.bloomberg.com/news/articles/2015-03-25/china-s-hydrogen-powered-future-starts-in-trams-not-cars )

For more information on the use of hydrogen as an alternative fuel source and how it is being used in vehicles, I suggest visiting the following sources:

Jiten Ragha is a Project Designer at Sowinski Sullivan Architects, PC. He received his Bachelors of Architecture from the New Jersey Institute of Technology over 8 years ago. As a LEED accredited professional, Jiten is experienced in the application and integration of sustainable design and materials strategies in architecture. He is dedicated in using his experience as an architectural designer towards researching and exploring the possibilities of sustainable and environmentally conscious design, lifestyles, and architecture.